The Axis & Allies WWI 1914 board game was released in March of 2013. Up to 8 players can partake, but a 3 player game is considered comfortable.

Game play in WWI 1914 is somewhat different than previous Axis & Allies games, with battles and new unit mobilization being different. Also, you’ll notice smaller dice. Of note, the Nation set up boxes are great — small and easy fitting on your game table.

More details on Axis & Allies WW1 1914, including rule books, photos, videos and more can be found below. All external links open in a new window. 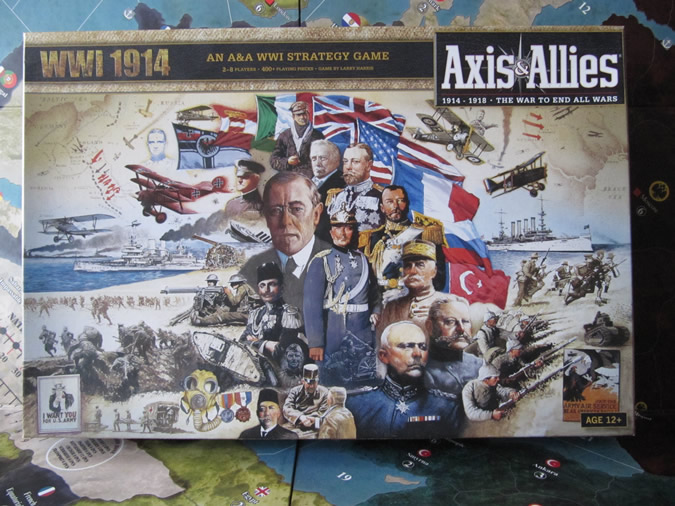 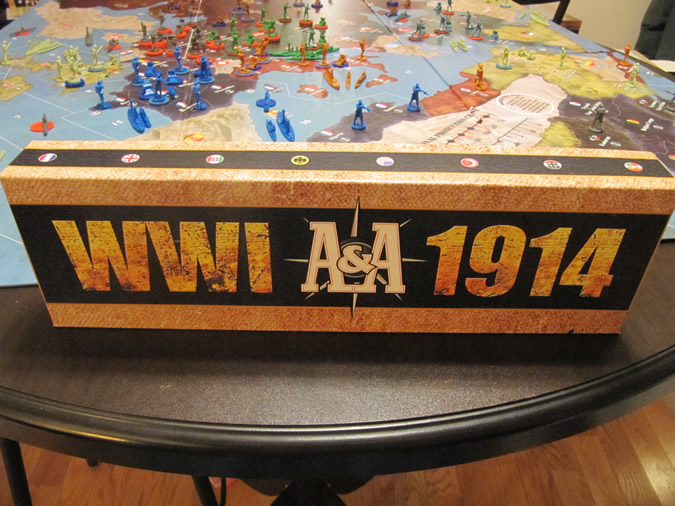 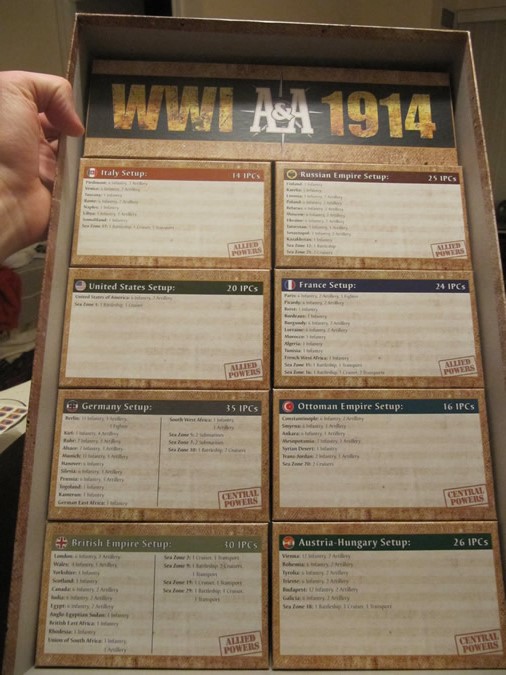 You’ll need some to room to play. 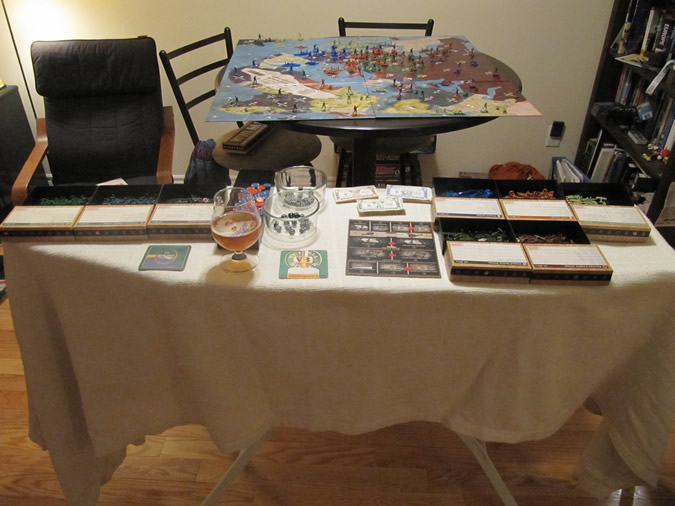 The board all set up – beginning of the game. 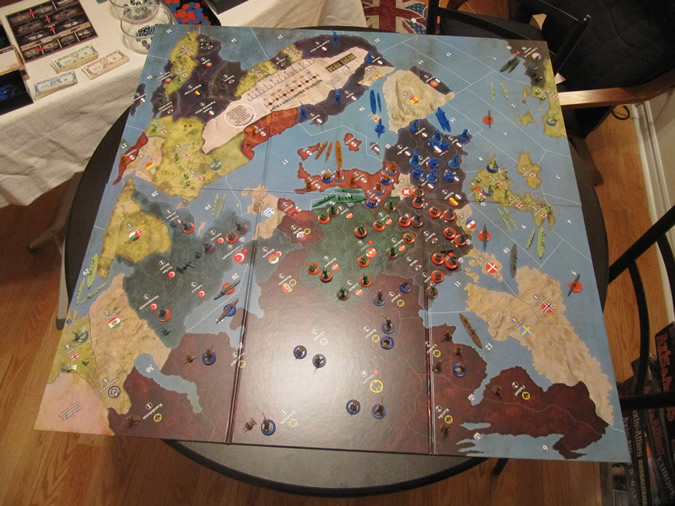 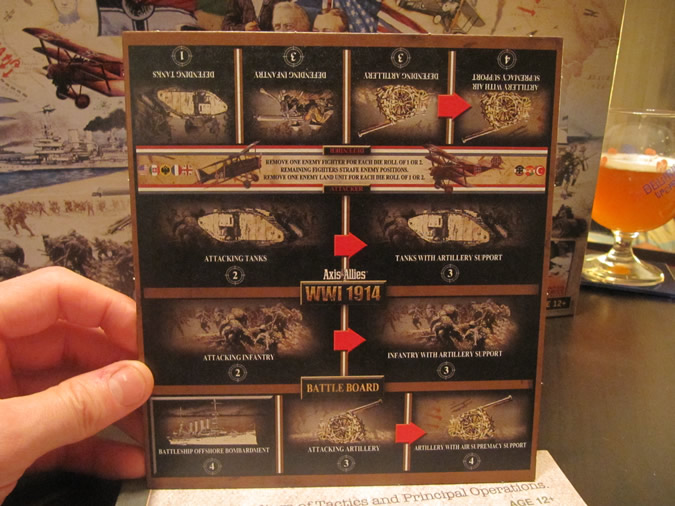 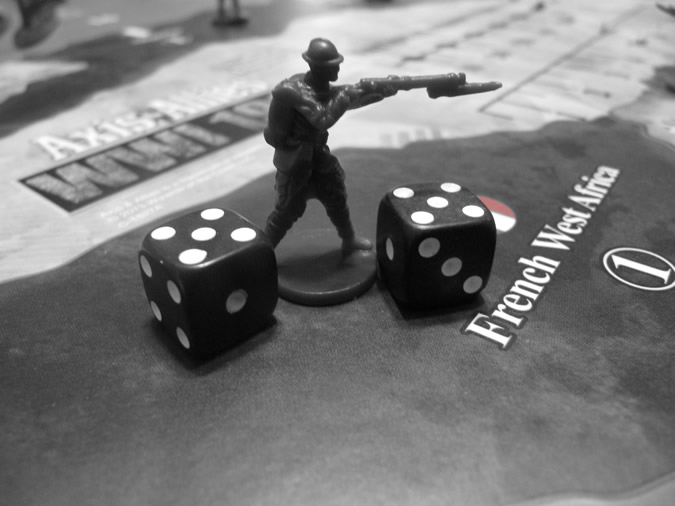 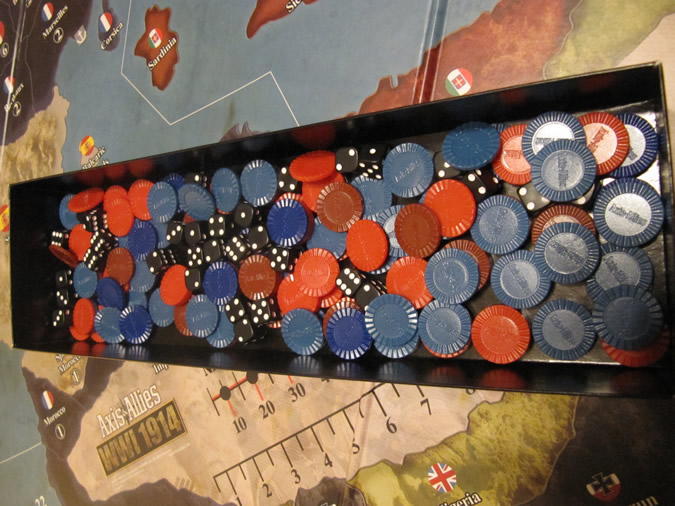 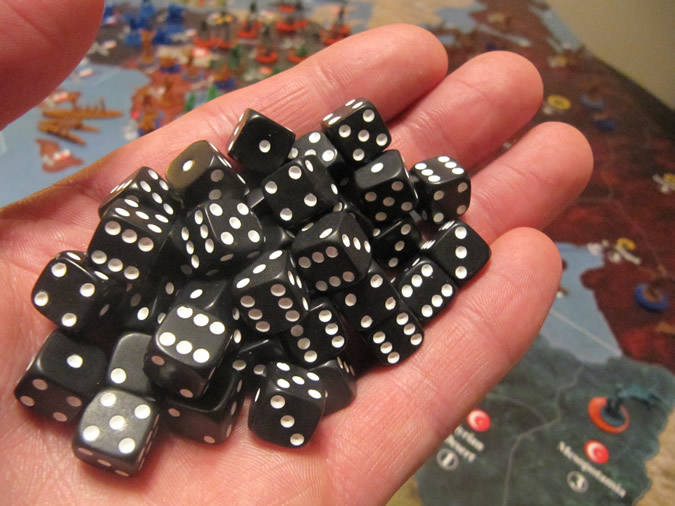 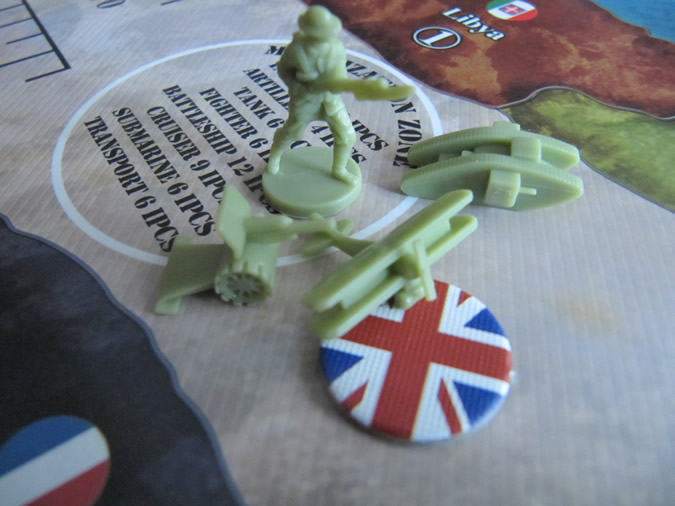 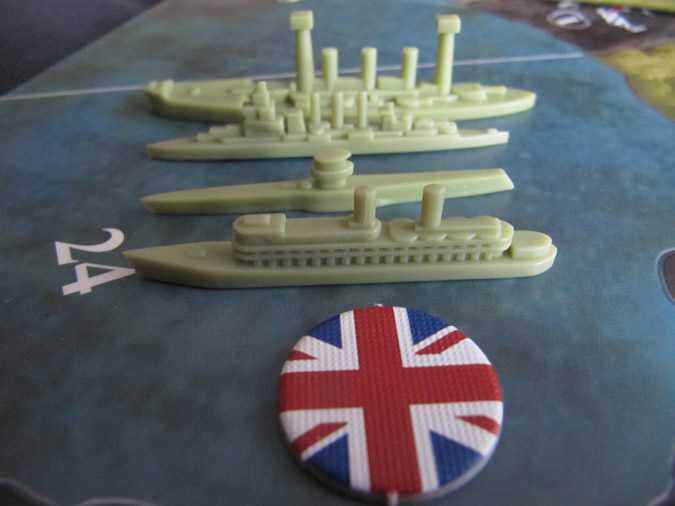