Axis & Allies 1941 (released in 2012) is a global WWII game that was released as a simplified and shorter-playing version of previous versions. Estimated time to play is 1.5 to 2 hours. It is suggested that this version is a good starter game for those looking to get into playing the Axis & Allies series of board games.

The Axis forces consist of Germany and Japan, with the Allies consisting of the UK, USA and Soviet Union. The game is won by controlling any 2 enemy capitals at the end of the turn.

Regular Axis & Allies players will notice tweaks such as industrial complexes printed on the board (as opposed to being markers) and newly styled unit pieces.

Below find rule books, links to forums, and other game insight. Links open in a new window. 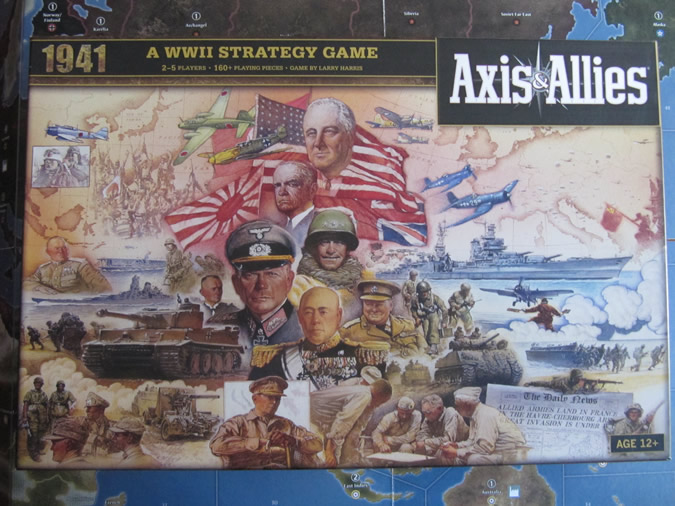 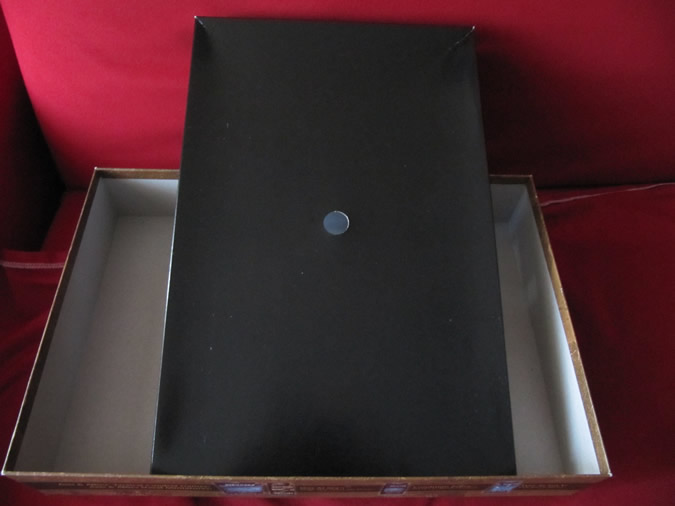 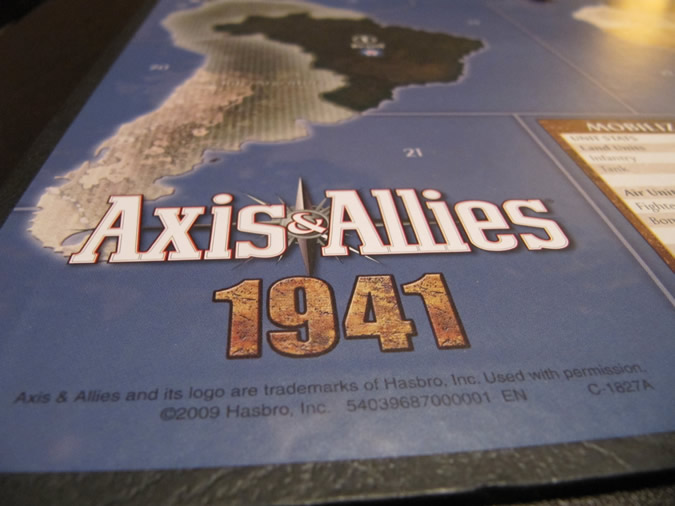 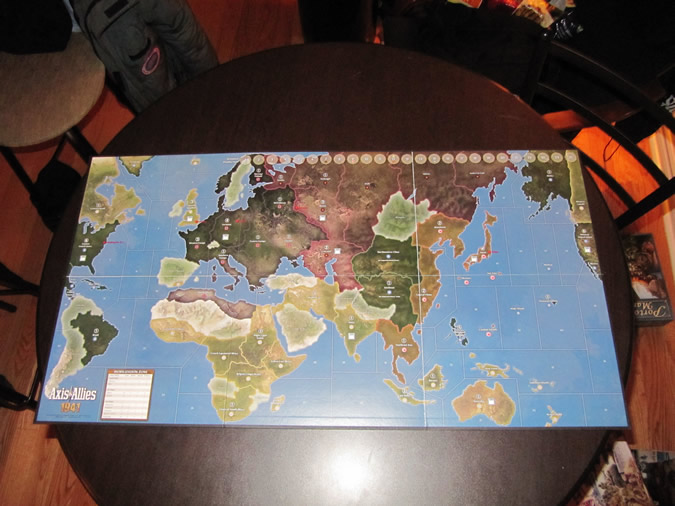 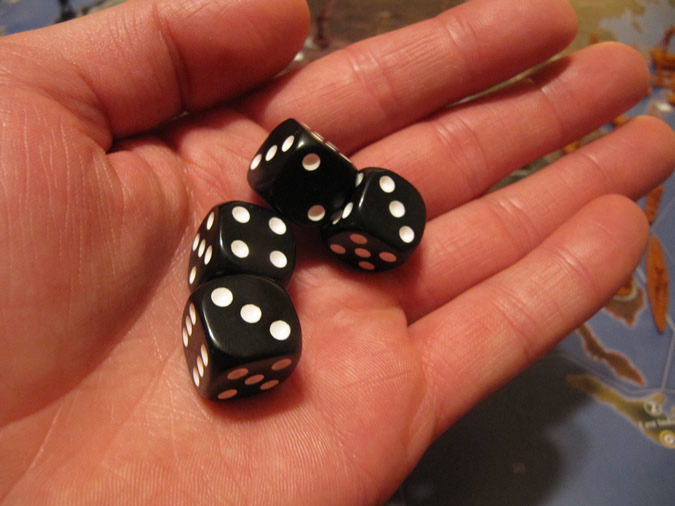 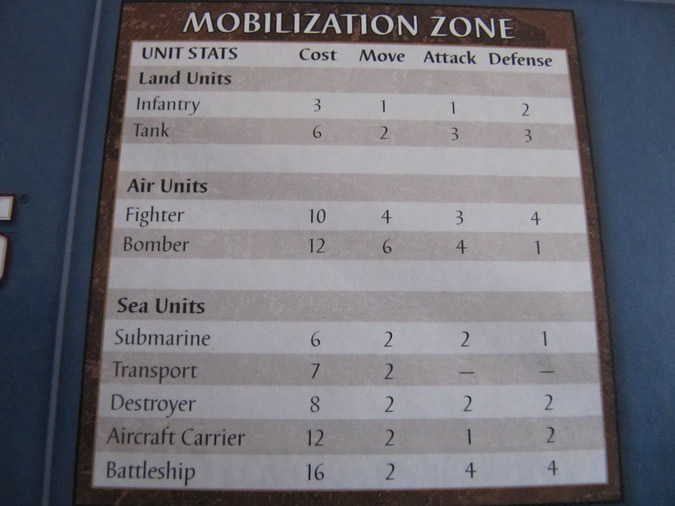 Game board ready to play. 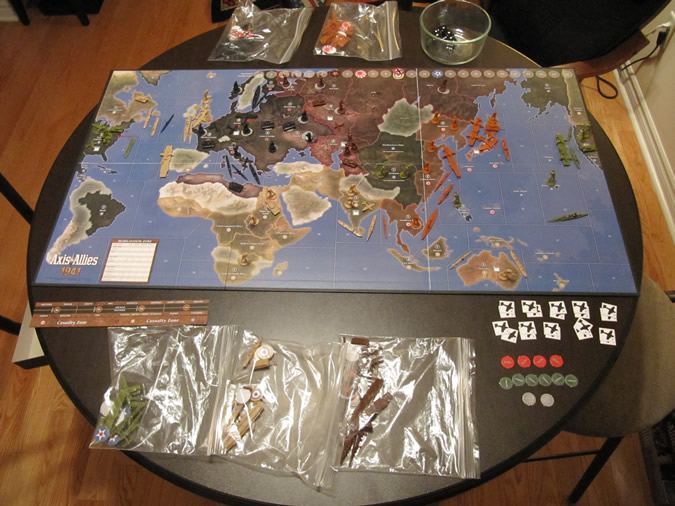 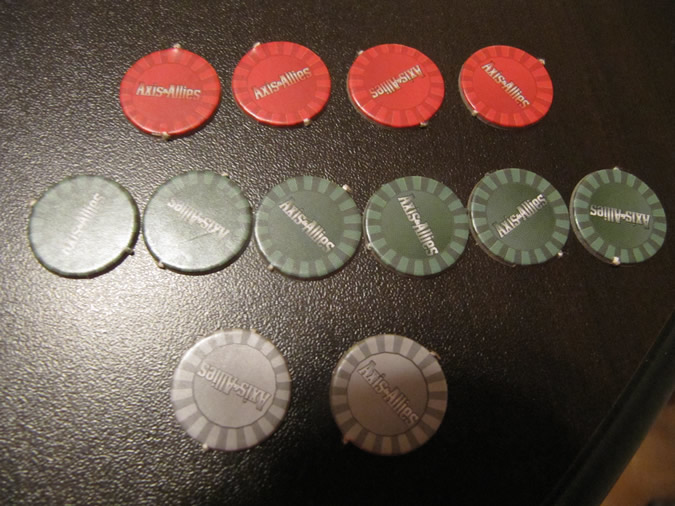 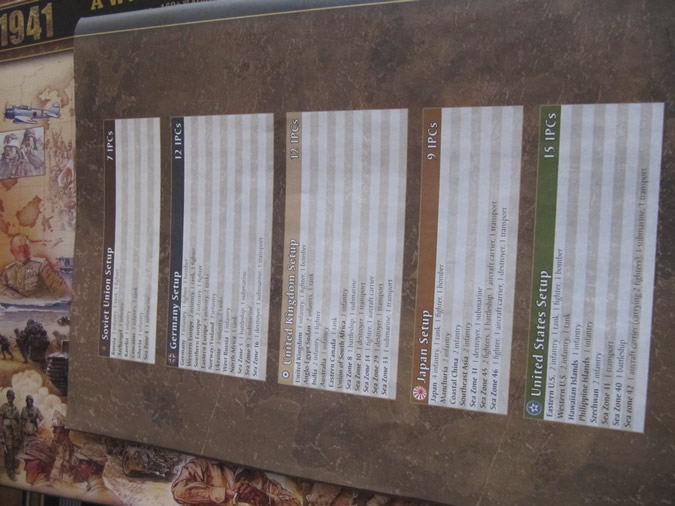 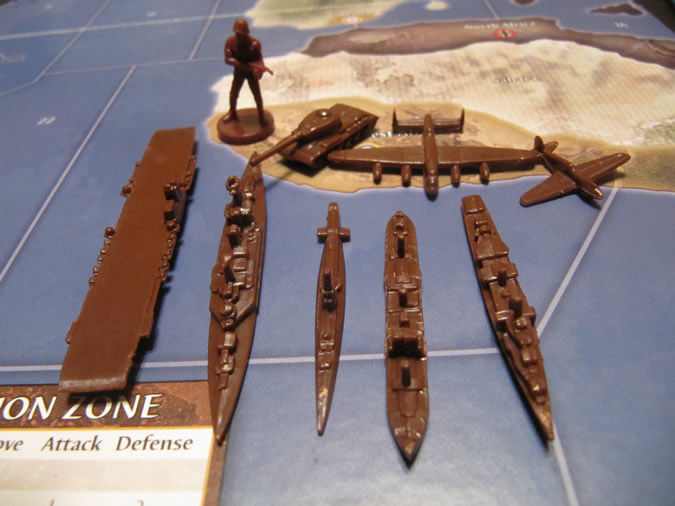 Australia, with an industrial complex printed on the board. 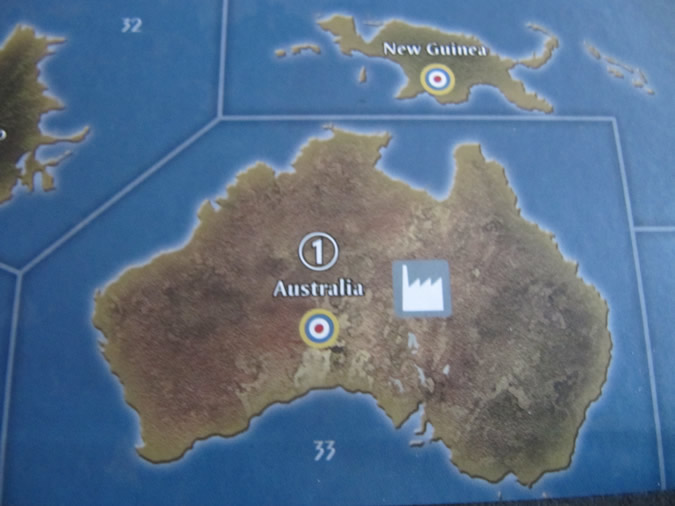