The game is a great introduction for those players wanting to learn the basics of the Axis & Allies series of games. You’ll find quick game play and an easy set up. The dice will determine which side luck is on – but you will still require a solid strategy to win the war.

The factual elements put into this game are pretty unique, with items such as Blockhouses and Beachheads. Unlike many other A&A games, there is no money or plastic chips needed – it is all on the flow of Order Cards (phases 1-16).

Winning will come down to the wire for the Allies, with the Axis (Germany) needing to put up a good strategy to keep that one city secure until turn ten.

More details on Axis & Allies D-Day are found below. All external links open in a new window. 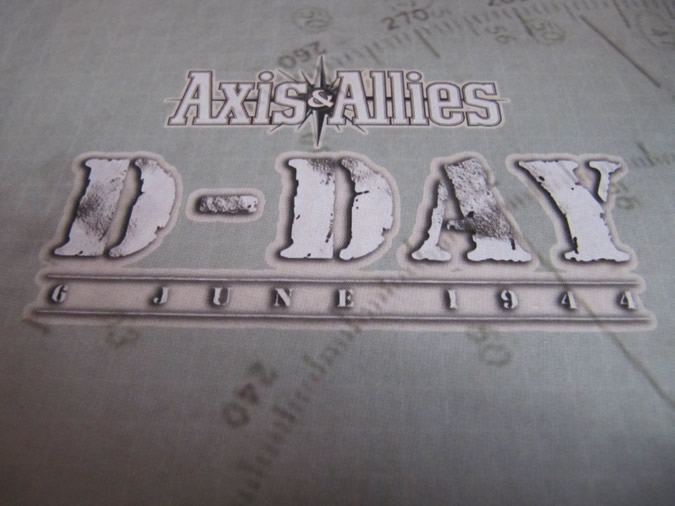 The board game box, outside… 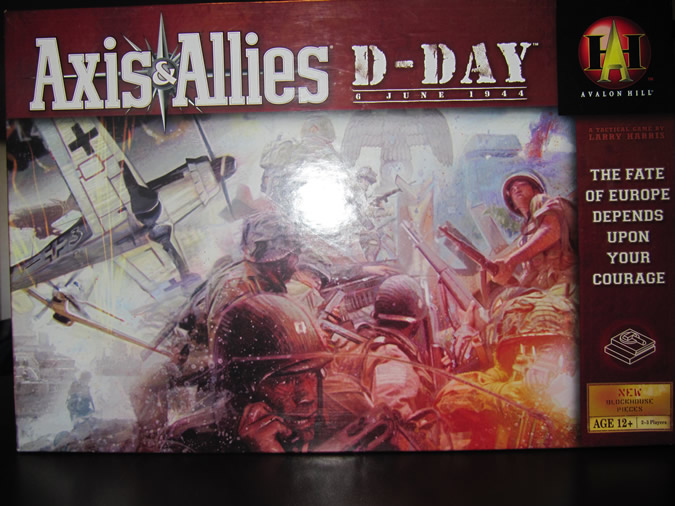 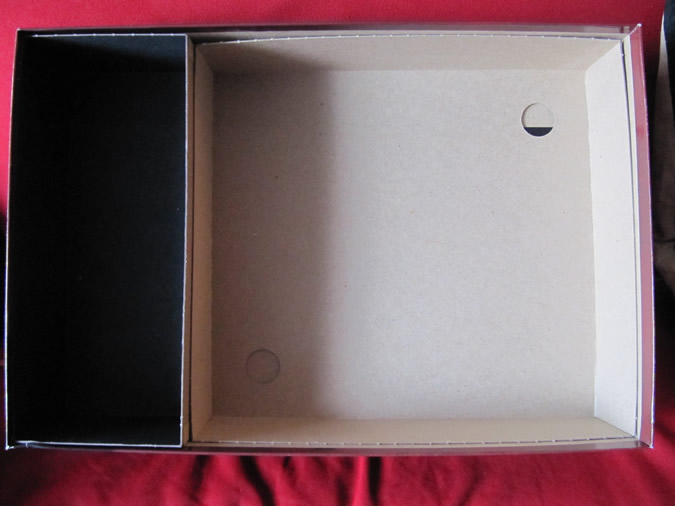 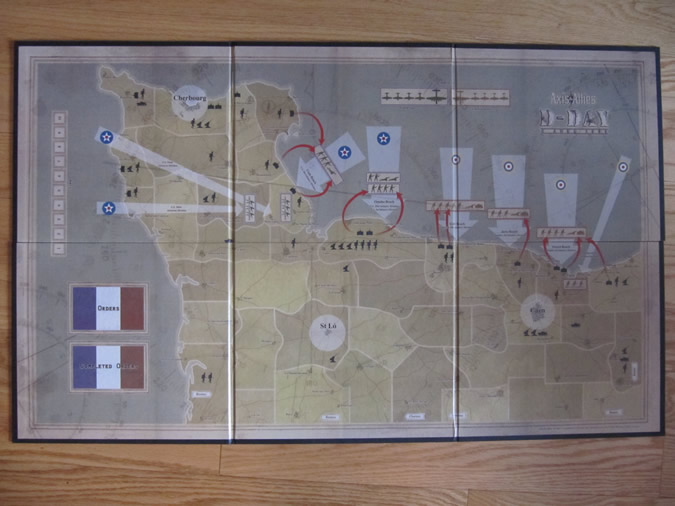 What the game board looks like at the beginning of the game. 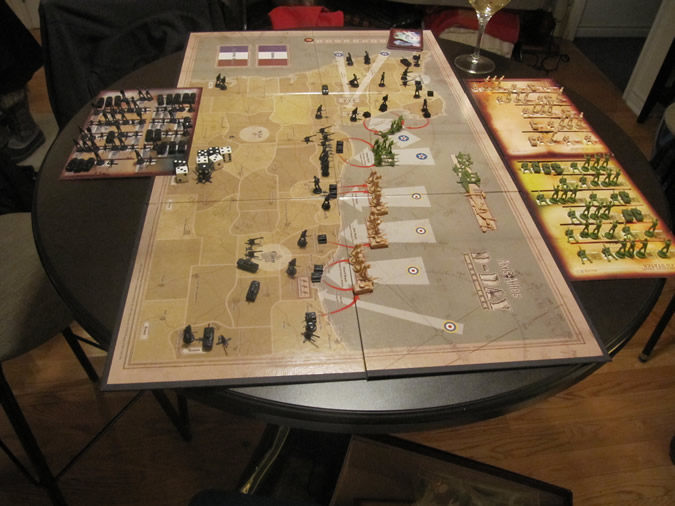 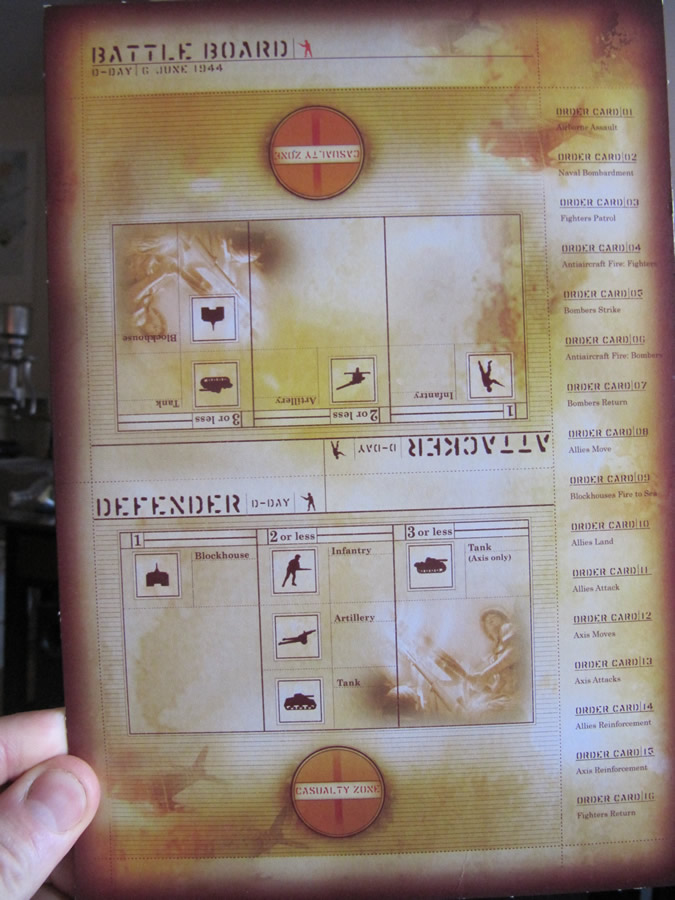 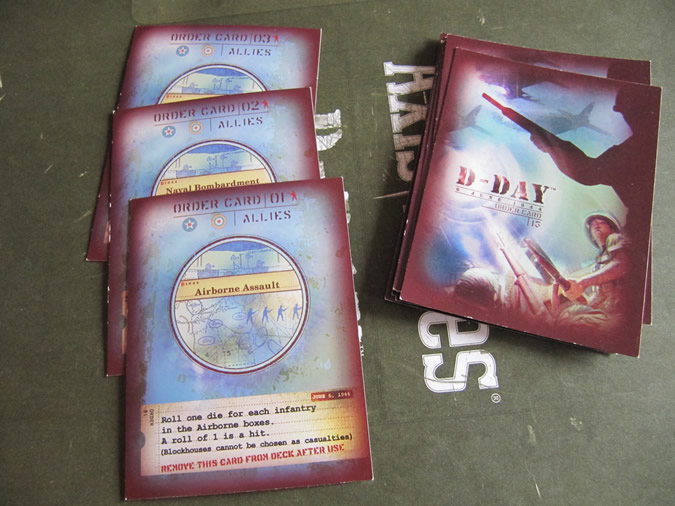 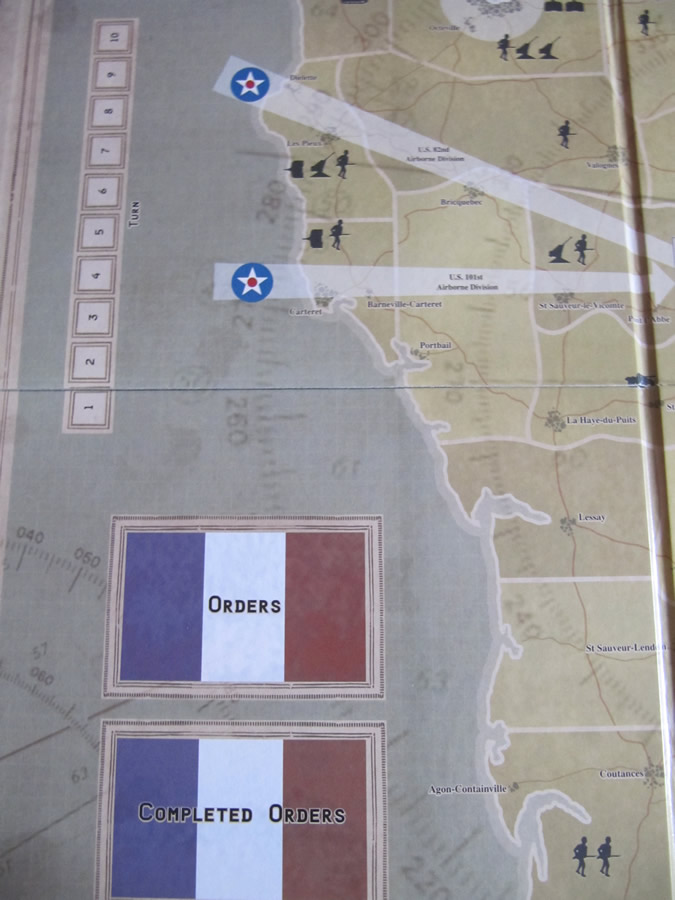 Game play will include the luck of the dice, but you won’t win with that alone. 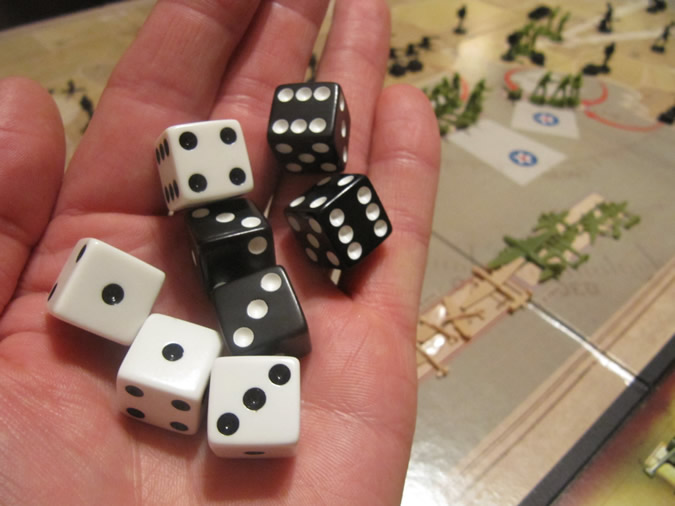 To add to the mix, other good fortune is in play. 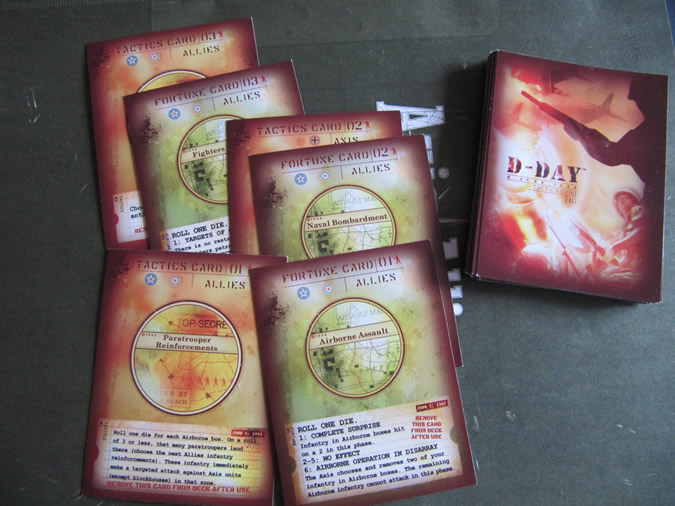 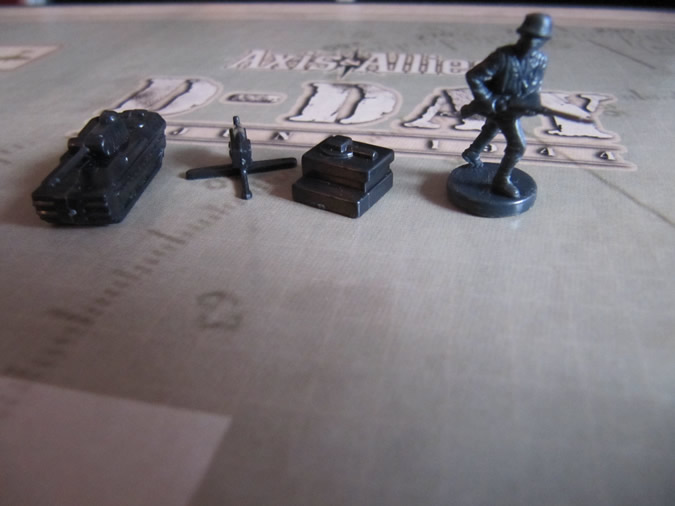 Speaking of the Germans, their setup. 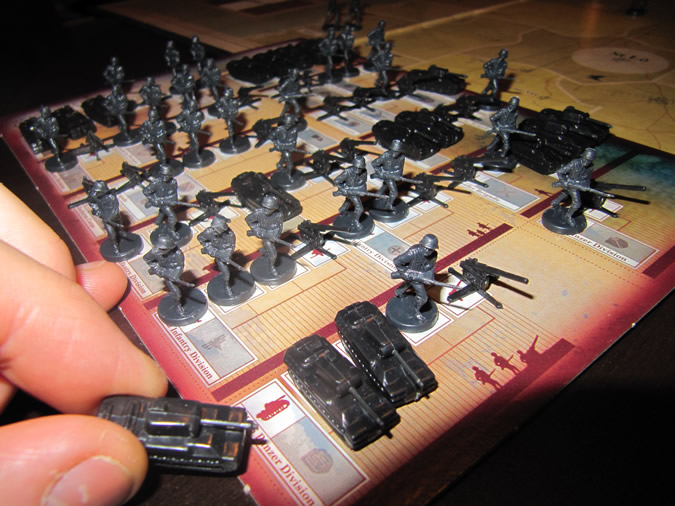 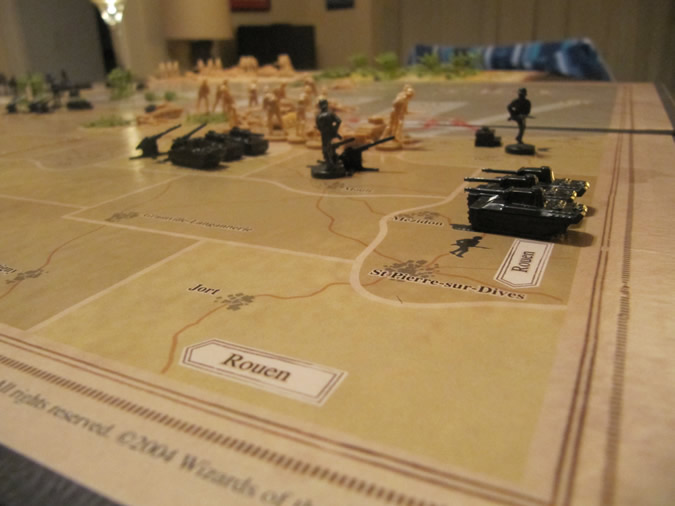 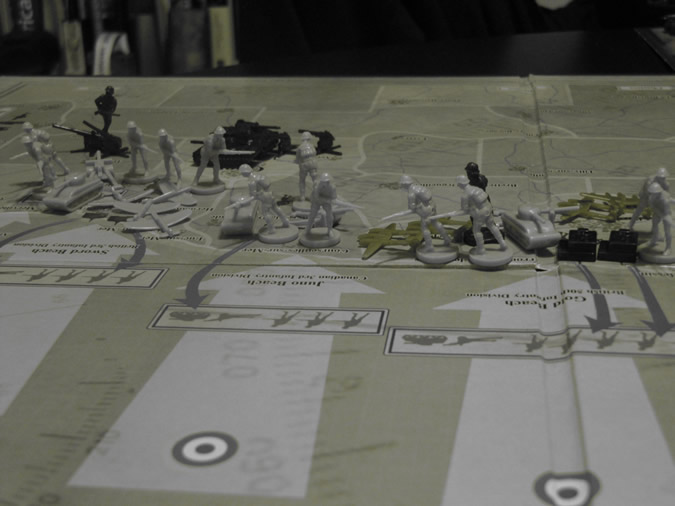 There you have it. Your quick guide to getting started with Axis & Allies D-Day.