Axis & Allies 1942 Second Edition (released in 2012) is a global WWII game that has Axis countries Germany and Japan against the Allied powers the UK, USA and Soviet Union.

Axis & Allies regulars will notice some tweaks over previous versions. The Battleships have a brilliant new look to them — beefy and mean looking. Land territories and sea zones are very spacious, with the help of a larger board size. An Anti-Aircraft Artillery unit, with a wild twist over the normal grey pieced AA guns, is introduced.

To learn more, browse the rule books, forums, images and video posted below. Links open in a new window. 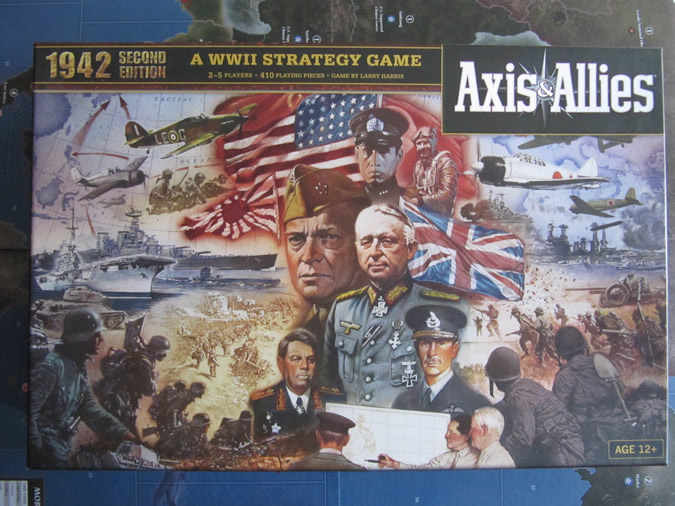 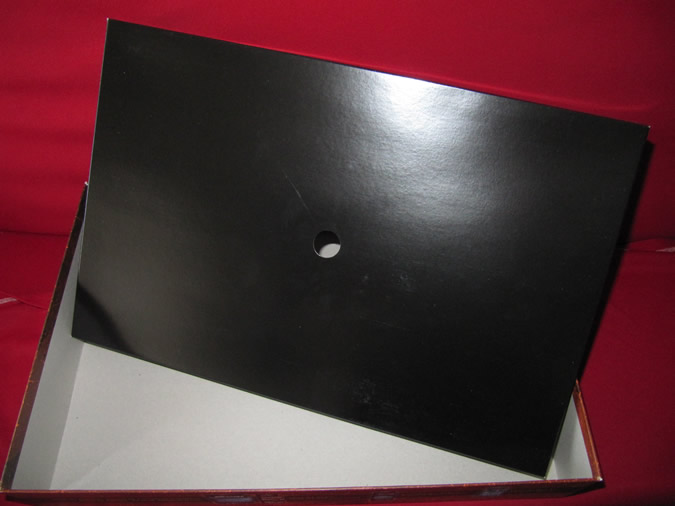 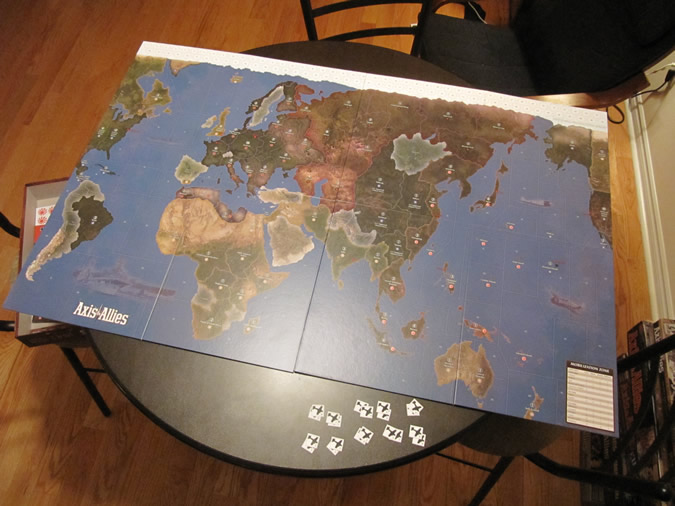 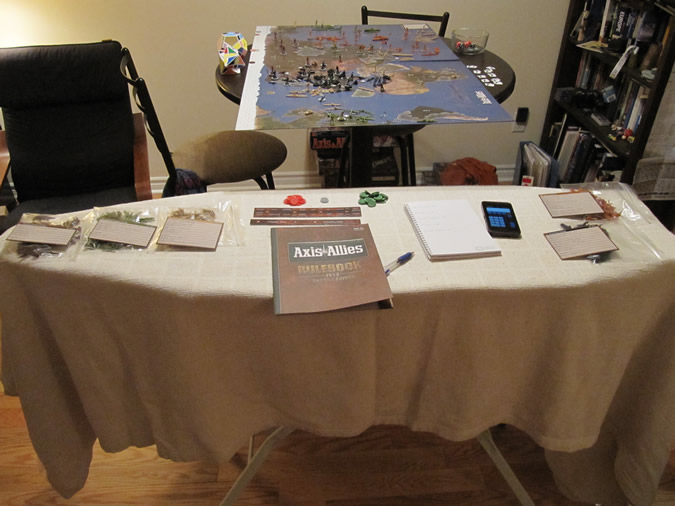 Game board all set up. 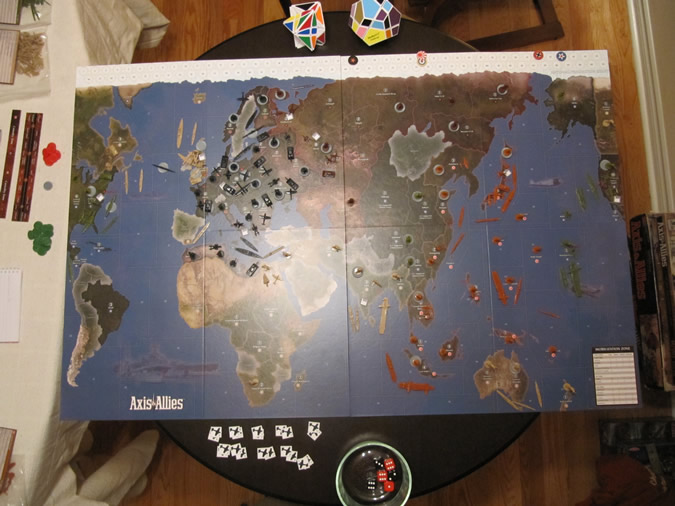 Production chart – included on the board. 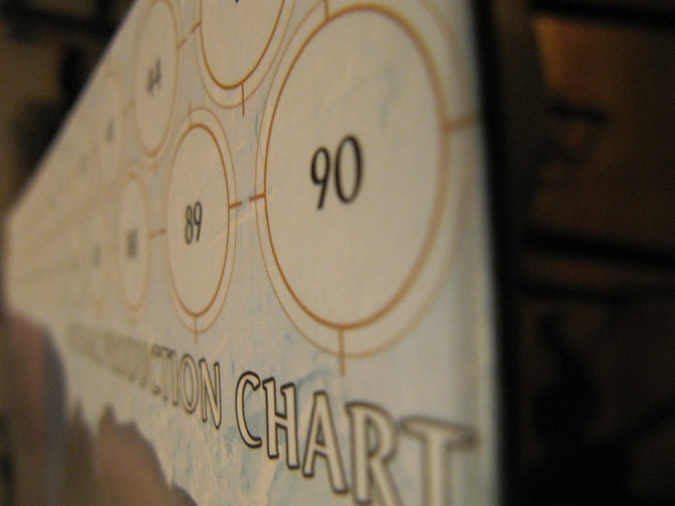 Punch out tokens and markers. 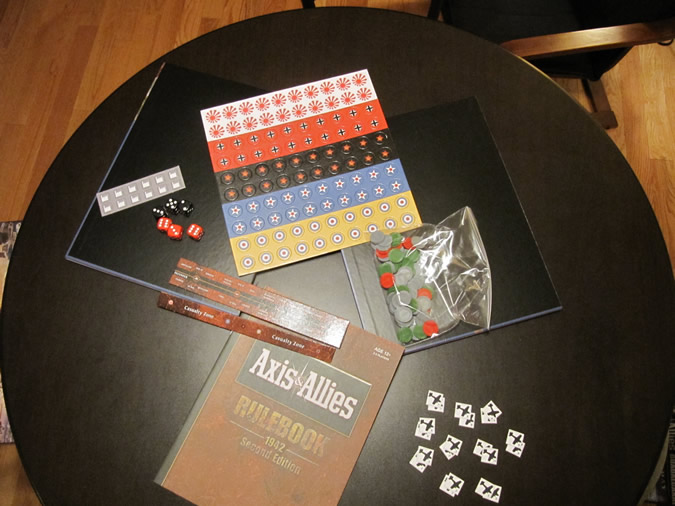 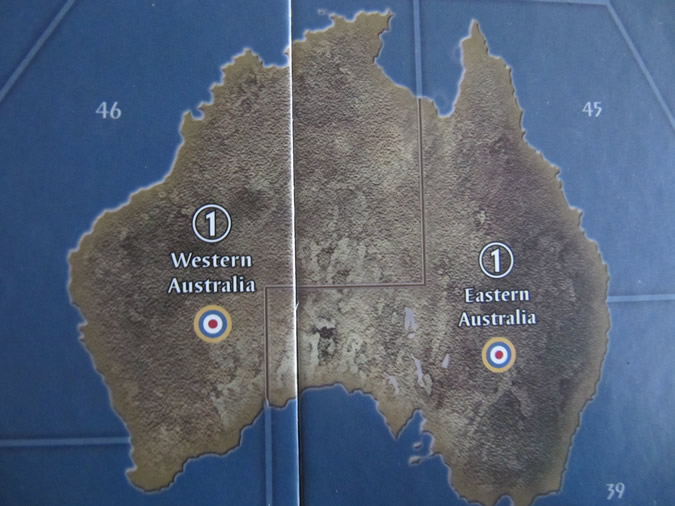 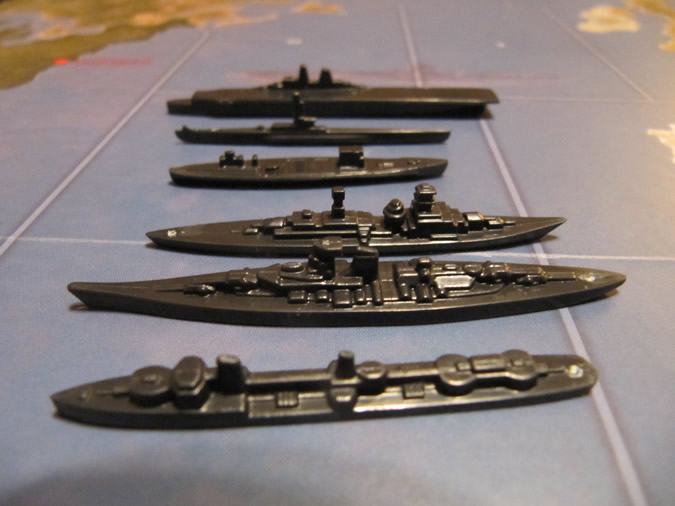 Germany at the beginning of the game. 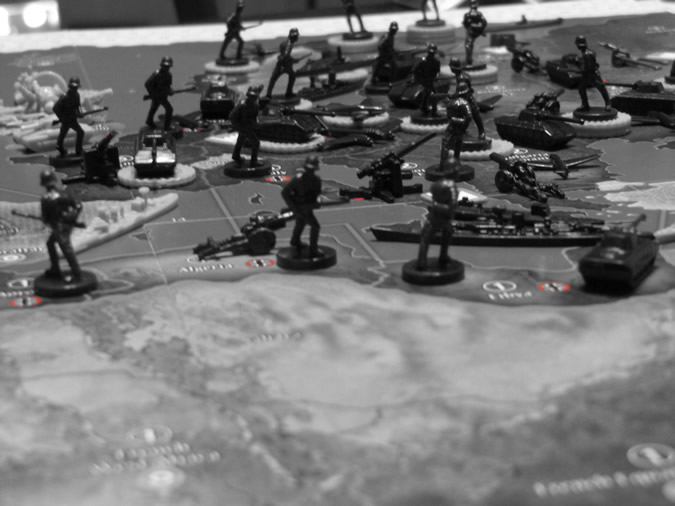 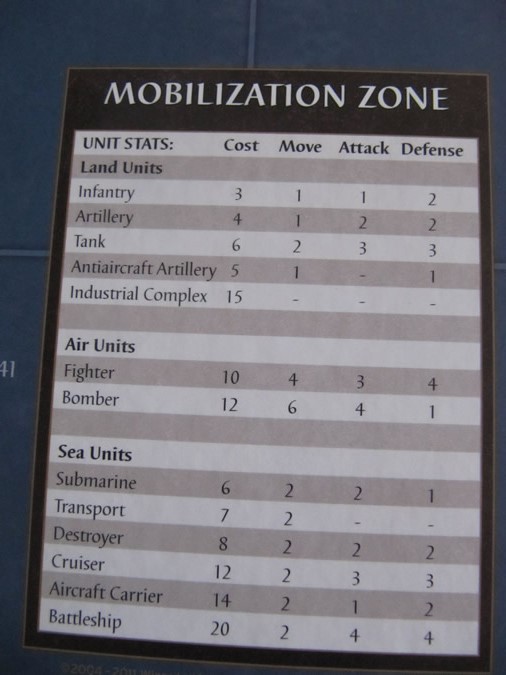 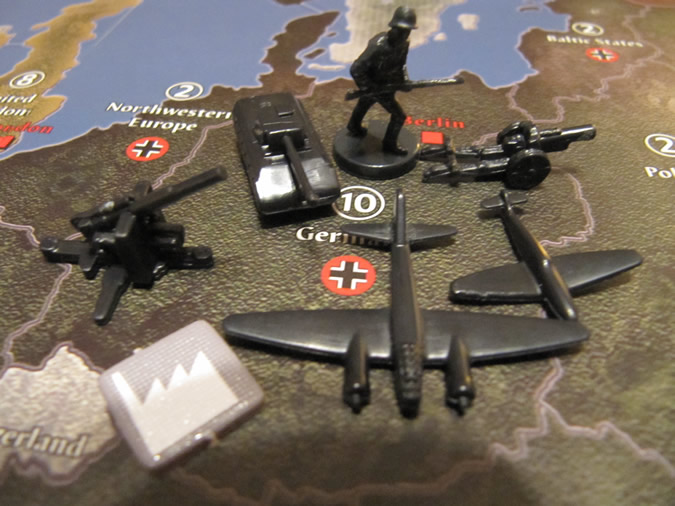 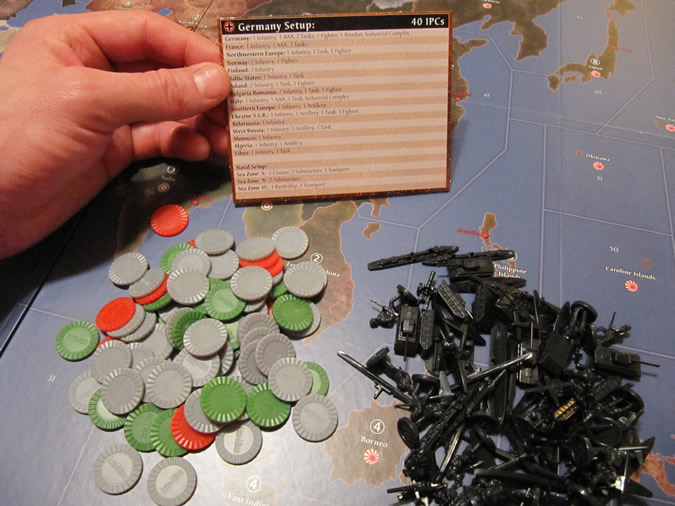 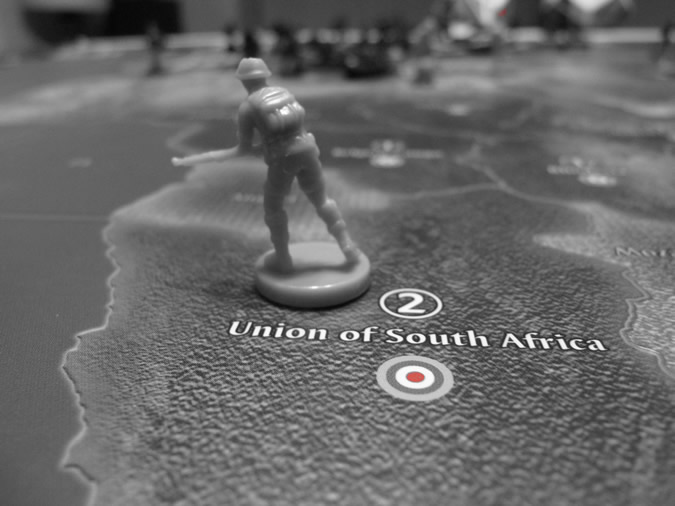