One of the first things players will notice is a larger board size that includes all of Africa and South America. France is its own nation in the game, using blue coloured units, joining the UK, USA, and Soviet Union on the Allies side.

For territories, three neutral territories are on the board. Some are pro-Allies or pro-Axis by default. For units, cruiser warships, tactical bombers (with ability to land on aircraft carriers), and mechanized infantry provide a new dimension to the game.

Of special note, combining Europe 1940 with Pacific 1940 allows for a full global game. The boards connect perfectly to allow for this.

For more on Axis & Allies Europe 1940, please consult the rule books, forums, images, and video provided below (resources open in a new window). 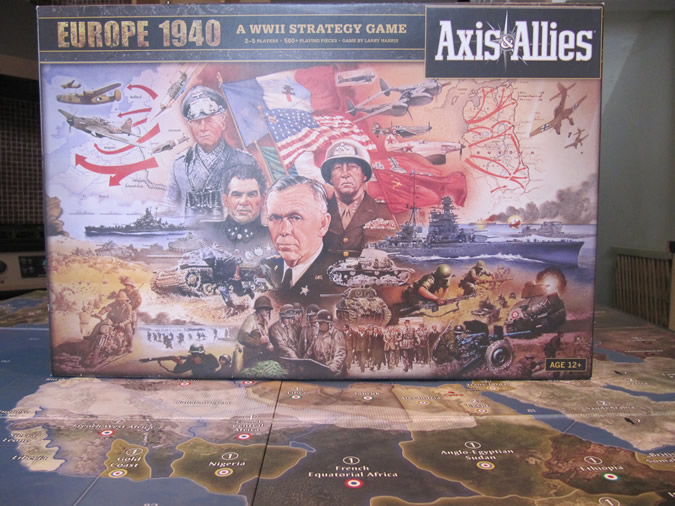 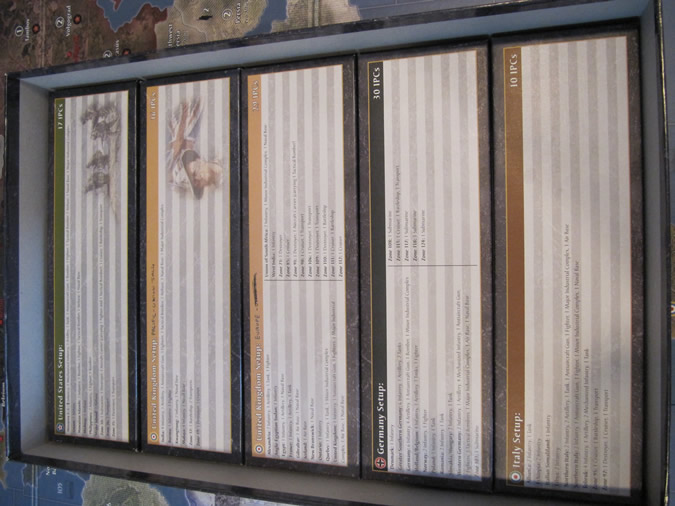 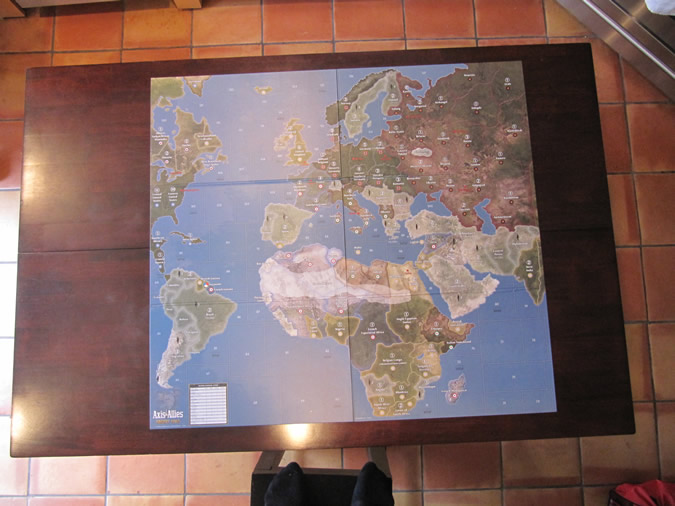 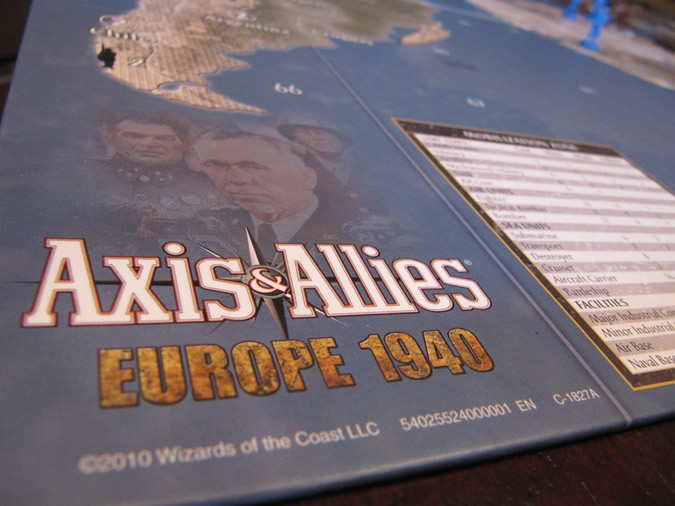 Game board – all set up. 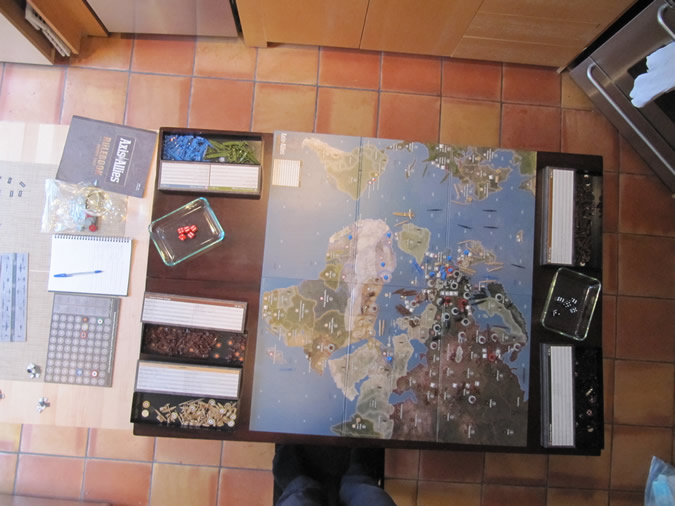 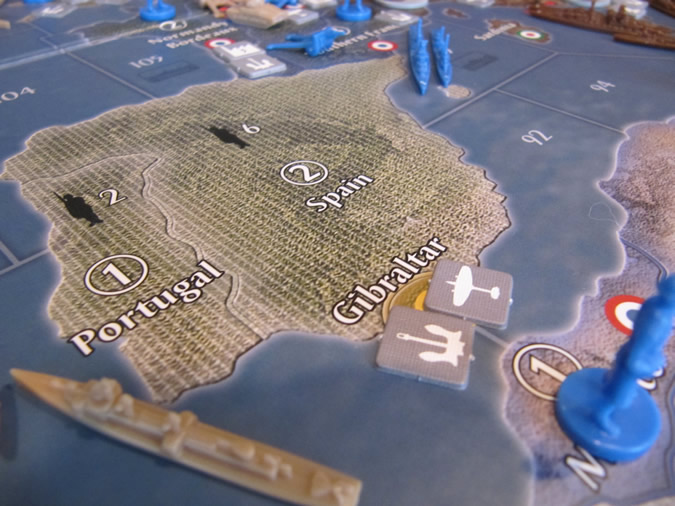 Neutral territories (some pro-Axis; some pro-Allies) 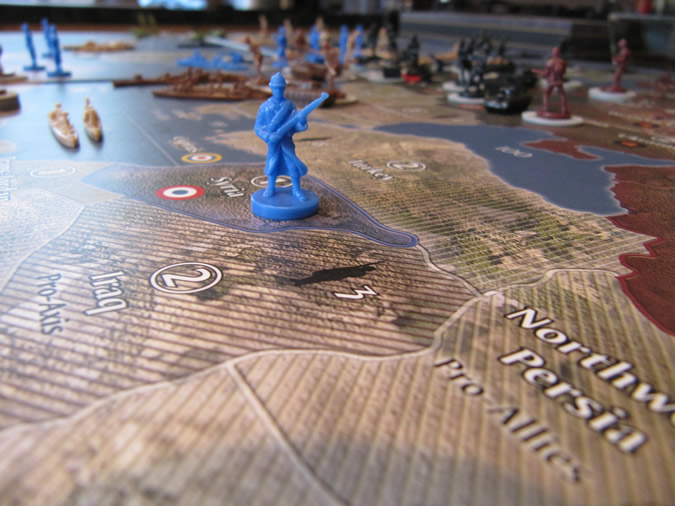 Europe before the first round. 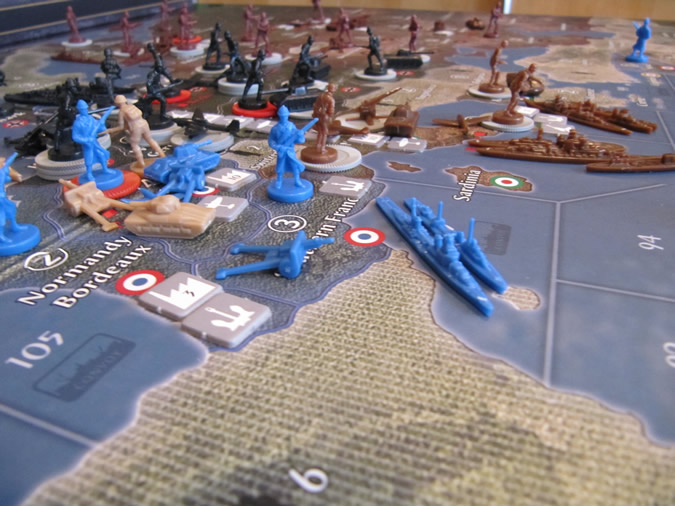 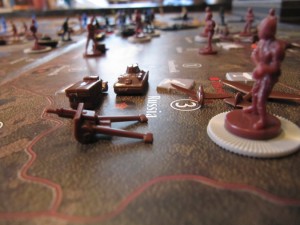 Allies gateway via the Suez Canal. 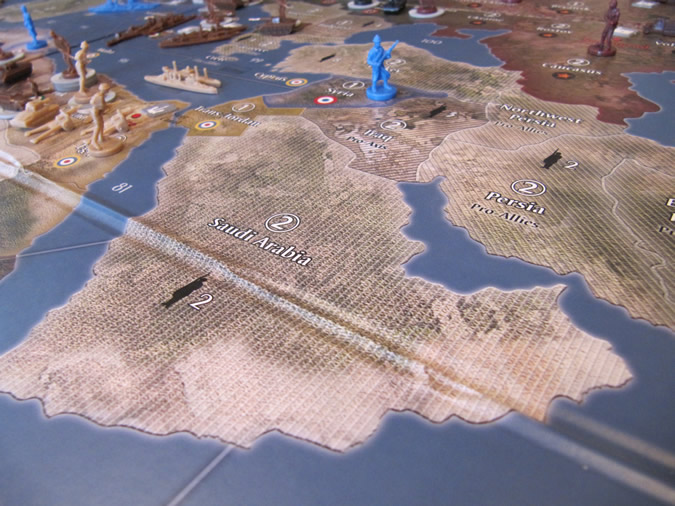 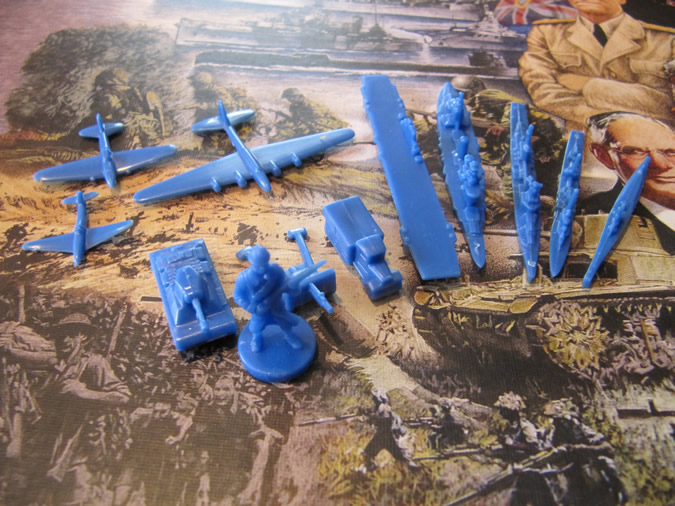